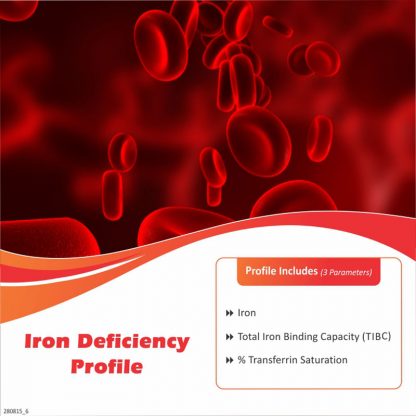 Verify your pincode for delivery of this product.

CLINICAL SIGNIFICANCE
The fourth most abundant element in the earth’s crust, iron is only a trace element in biologic systems, making up only 0.004% of the body’s mass. Yet it is an essential component or cofactor of numerous metabolic reactions. By weight, the great proportion of the body’s iron is dedicated to its essential role as a structural component of hemoglobin. Fe++ is the most important component of hemoglobin and is responsible for its oxygen carrying capacity.
Without sufficient iron available to the RBC precursors, normal erythropoiesis cannot take place, and anemia develops. On the other hand, iron is a toxic substance. Too much iron accumulating in vital structures (especially the heart, pancreas, and liver) produces a potentially fatal condition, hemochromatosis. Most of the iron not circulating in the RBCs is stored in the Fe+ + + (ferric) oxidation state. This iron is stored in marrow histiocytes in the form of hemosiderin. When iron is needed by the RBC (erythrocyte), the hemosiderin gives up its iron to nearby RBC precursors who line up around the histiocyte. Being primarily responsible for oxygen transport via hemoglobin, iron levels should be measured to diagnose for the iron deficiency anemia; low levels, however, can occur both in true iron deficiency anemia (IDA) and anemia of chronic disease (ACD).

These tests are given for several reasons
– To help in the differential diagnosis of different types of anemia.
– To assess the severity of anemia and monitor the treatment of patients with chronic anemia.
– To evaluate protein depletion and other forms of malnutrition.
– To check for certain liver disorders.
– To evaluate the possibility of chronic gastrointestinal bleeding. Blood loss from the digestive tract is a common cause of iron deficiency anemia.
– To help diagnose certain unusual disorders, including iron poisoning, thalassemia, hemosiderosis (An overload of iron in the body resulting from repeated blood transfusions. Hemosiderosis occurs most often in patients with thalassemia), and hemochromatosis (A disorder of iron absorption characterized by bronze-colored skin. It can cause painful joints, diabetes, and liver damage if the iron concentration is not lowered.)
– Anemia: Anemia is a commonly encountered clinical condition that is caused by an acquired or hereditary abnormality of red blood cells (RBC) or its precursors, or may be a manifestation of a non-hematological disorder. It is defined as “a decrease in the circulating RBC mass and a corresponding decrease in the oxygen-carrying capacity of the blood. 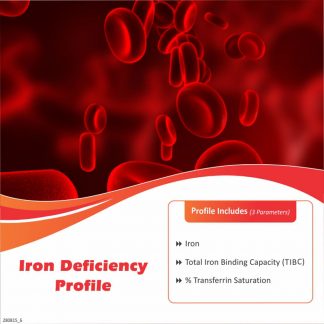